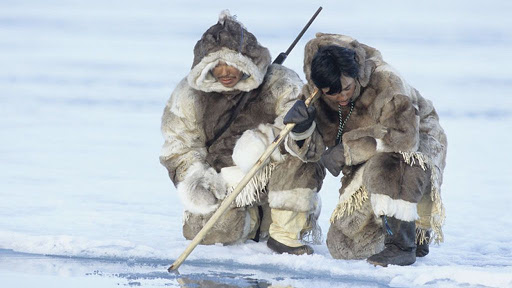 Views from the Arctic: Broadening International Relations beyond its prevailing assumptions

The Arctic is often perceived to be a vast empty space, the world’s inhospitable and politically unimportant hinterland. Increasingly at the forefront of the global climate change precipice, the attention the Arctic receives predominantly reflects a passive region that serves as a dire warning of the environmental degradation to come. In reality however, the Arctic is home to over 500,000 indigenous peoples whose heritages reflect thousands of years of subsistence living and adaption to the region’s environment. Furthermore, the Arctic is a politically innovative and collaborative space. It consists of intergovernmental institutions and commissions, transnational indigenous organisations, and regional conservation, climate change adaptation and environmental monitoring projects that are managed between state and non-state actors. Considering the extreme physical changes occurring in the Arctic – including temperatures warming twice as fast as global rates, retreating sea ice, habitat loss, altering ecosystems, and accumulating toxic chemicals (Furgal & Prowse, 2008, 277; Williams, 2012, 4) – environmental protection and sustainable development are central to political cooperation in the region.

The Arctic indigenous groups have gained political agency via autonomous regions through land claims, indigenous organisations, collaboration with scientific monitoring, and policy proposals and implementations. As a result, the knowledge and perspectives of indigenous peoples are important components for understanding Arctic international relations and developments. However, International Relations (IR) analysis has insufficiently addressed this reality and the mainstream assumptions are unequipped to accurately explain such political occurrences or perspectives. This places Arctic indigenous knowledge (IK) within the broader issues related to changes in international relations outpacing changes in IR (Neuman, 1998, 1). The issues are linked to enduring practices in IR scholarship of applying a narrow epistemology onto globally diverse ontologies. This neglects attention towards the motivations and perspectives that originate from diverse knowledge systems. Scholars’ concerns about IR’s prevailing assumptions that are uncorroborated or based solely on Western experiences have warranted assertions of the need for reflexivity and consciousness of underlying presuppositions in theorising as well as to broaden IR’s foundations to include non-Western experiences and perspectives (Acharya, 2011, 626; Crawford, 2016, 265; Neufeld, 1995, 40-41). It is therefore important to acknowledge and explore how IK can aid in understanding the R. Mitchell s2204193 6

contributions of indigenous peoples to the unique international political space of the Arctic in ways that mainstream IR theories and perspectives fail to fully explain. As such, it is important to outline how IK challenges underlying assumptions in IR.